How to get iOverlander POIs into maps.me

A popular app for long distance travellers is iOverlander. With it you can find useful places (campsites, restaurants, shops, hotels etc.) and share them with other travellers. Anyone can comment and upload new places. However, the official app has the disadvantage that it doesn’t work very well offline. The map in iOverlander is loaded by Google Maps and cannot be downloaded for offline use. Sometimes the map is displayed offline, but not always. As soon as the phone decides to clean up the cache, the map disappears and iOverlander cannot be used properly anymore.

Maps.me is an application that is also used by many overlanders and utilizes the map of OpenStreetMaps. Therefore maps.me offers the possibility to download offline maps.

Since we often don’t have internet on the road, especially when we are looking for a campsite, I asked my little brother to combine the best of both worlds and write a script to help load iOverlander points into maps.me. And since my brother is a little genius, he finished the script super fast. You can find it at www.moppedhiker.de/en/iOverlander

The use of the script is actually self-explanatory, but is presented again in the video here and in this blog article. Here you come directly to the script.

Here you will find a list of all countries where iOverlander is available.

Find the country for which you want to download the points and click on GPX. next to the country on the right.

The .gpx file should now be downloaded to your computer.

Start the script moppedhiker.de/en/iOverlander and click choose a file, to upload the previously downloaded file into the script.

Then you can choose which iOverlander categories you want to apply: 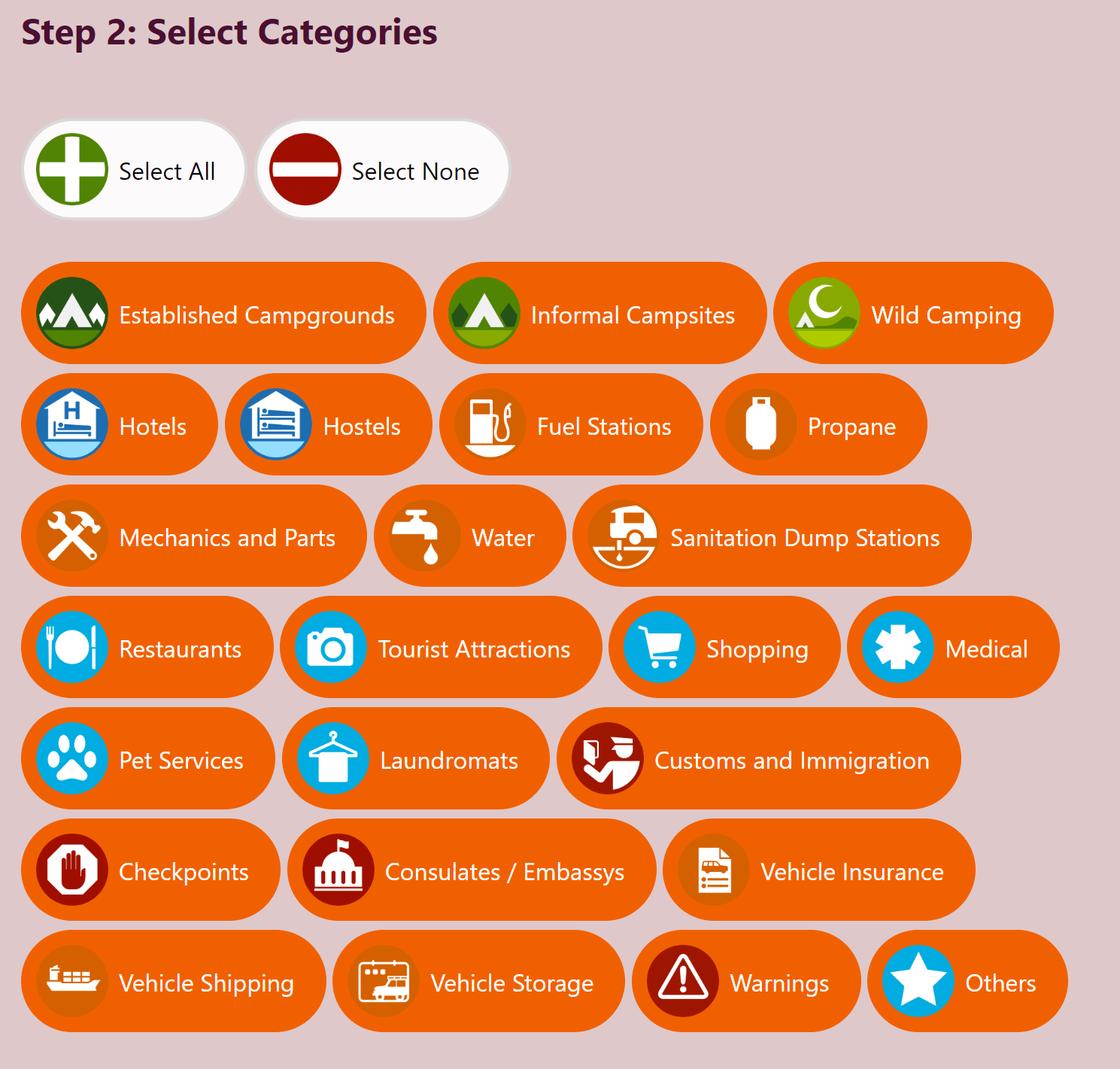 Finally click Convert, the .gpx file will be converted and downloaded.

Step 3: Send the converted file to the smartphone

There are different methods to transfer files to the smartphone, which differ depending on the operating system. For the sake of simplicity, we send the file to our own email address, which should work with all mobile phones. If you have installed the app maps.me, all you have to do is download the attachment and the .kml file will be opened directly in maps.me.

The presented method gives the possibility to display all iOverlander points on a map in maps.me offline. We find this very helpful when iOverlander does not display a map. Even the performance is a bit better than in iOverlander. However, we still recommend using the official iOverlander app to write and read comments and submit new points to iOverlander. It’s a great tool from travelers for travelers. Support it! If you use iOverlander, get involved in the community, follow the rules, and if you’ve saved a few pennies by using the places you’ve found, the iOverlander project is happy to receive help by volunteers and donations for maintenance and development.